How to Use Hashtags to Grow Your Brand on Twitter

#Hashtags – I get it, they can be annoying. Or confusing.

However, using hashtags and learning how to use them effectively is important for building your brand,  growing your targeted followers, and increasing the reach and lifespan of your tweets.

Hashtags have several benefits. But I am going to focus on two.

They are are vital to growing your Twitter audience. People search for various topics using hashtags, and if you have value to add to that topic, your usage of hashtags will attract new followers.

For example, if you are a financial adviser, using hashtags such as #401k or #LifeInsurance will attract Twitter users that are looking for information on those subjects.

2. Using hashtags grabs the attention of your followers.

Using hashtags is vital to making sure your followers see your tweets.  When people log into Twitter, or whatever app they use for Twitter, they will have hundreds or thousands of tweets to scroll through. A follower only has a fraction of a second to decide whether to pause and read your tweet, or to continue scrolling through their Twitter feed. Using a hashtag can ensure your tweet will grab their attention and lead to more followers reading your tweets; more followers reading your tweets will lead to more engagement, and engagement is a key to success on twitter.

Now that you know the benefits of including hashtags in your content, you need to learn how to best use hashtags.

Most people have these three questions about Twitter hashtags:

What should I hashtag?

Where, within a tweet, should I put a hashtag?

There are two ways to implement tweets into a tweet. One way is to hashtag words that are within your content. The second way is to add hashtags at the end of a tweet. It is acceptable and effective to do either, or to do both.

Here is an example:

Using hashtags within the content : “@ARCH_Digital helps companies grow their #Brand through #SocialMediaMarketing. Visit archdigitalagency.com to learn more.”  Note that I used the ARCH Twitter username.  In any Tweet, if the company is on Twitter, use their username instead of typing out their company name.  In this tweet, I hashtagged Social Media Marketing and Brand. Those are two commonly searched words within the marketing industry. Also note that when a hashtag has more than one word, I capitalize the first letter of each word. This make the hashtag easy to read in that split second a followers has when scrolling through tweets.

Using hashtags within the content and at the end of the tweet: The last way to use hashtags, which I recommend, is to use a combination of both methods. “@ARCH_Digital  helps companies grow their brand through #SocialMediaMarketing. Visit archdigitalagency.com to learn more. #SMM”   This is what I would recommend using most often. I’ve hashtagged “Social Media Marketing,” which will help with search but more so help followers to notice what the tweet is about and pause to read it if social media marketing is a topic of interest.  Then, I added #SMM at the end of the tweet. This is a commonly searched word, and will help grow new followers and increase the reach of the tweet. 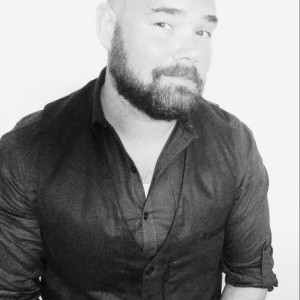