Have you ever thought about launching a book on Amazon?

If not, you should consider it.

Why? Here are just a few reasons:

I know this from first-hand experience.

I launched a book on Amazon last October, and between it’s 3 formats (Audible, Kindle, and paperback), it has sold well over 10,000 copies, and continues to sell over 1,000 copies a month. That means that a book I wrote over a year ago is still generating me a livable source of income by itself, and it’s barely slowed down at all. My estimate is that it will continue to sell at least 500 – 1,000 copies per month for the next few years to come.

What’s more, the book has generated thousands of email subscribers thanks to the lead magnet I put at the beginning and end of the book.

Here’s the book if you want to check it out: Conversation Casanova

I credit much of the book’s success to my launch strategy. The launch strategy I used allowed me to get over 350 sales in the first week, which catapulted it to the top of the rankings where it has stayed for the past year.

In this article, I’ll outline that strategy so you can launch your own best-selling Amazon book!

1. Nail the Cover and Title

In general, simpler is better for the cover of your book.

The goal is to convey what it’s about as easy as possible. You don’t need to make it a puzzle – that just creates a guessing game for your audience.

My book is about conversation in the dating realm. So, the cover consists of a heart in a conversation bubble. You can’t really get much simpler than that!

Some people even said it was too simple at first, but the proof is in the pudding and the cover is one of the biggest reasons it has sold so well.

Here are some cover creation tips:

As for the title, try to keep that relatively simple too. Get a few working titles, and test them against each other with Facebook ads. You never know what title will work best until you test!

Your launch week will be one of the biggest determinants of your book’s success. So you have to get it right.

You should launch the book over a 5-7 day period, at the price of 99 cents (don’t worry, you’ll raise the price later). The goal is to get it as many sales and reviews as possible, and get it to #1 in your sub-category (for example, I got my Kindle book to #1 in Men’s Health).

With this in mind, you should do at least one of the following every day during launch week:

Keep in mind that Amazon looks for consistency in sales. So if you can make consistent sales each day of launch week (versus a ton of sales on just 1 or 2 days followed by a big drop off), you’re more likely to stay atop the rankings.

The “10” is a big number when it comes to reviews. You’ll want to get these reviews within a few days, because some promo sites require that you have 10 reviews before they’ll promote your book.

To get these reviews, I recommend using this tool: http://getbookreviewsnow.com/

It helps you get honest and quality reviews from star reviewers.

Once launch week is over and you’re hopefully sitting atop the rankings for your category, it’s time to raise the price.

To find the perfect price point, you should raise it incrementally.

Start by raising it to $2.99, then $3.99 and so on, by a dollar each time. Continue raising it until the sales start to slow down a noticeable amount to the point where the sales volume no longer makes it worth it to leave it at that price point. This is how you find the perfect price for you book for the long-term.

Wrapping Up Tips for Launching a Best-Selling Book on Amazon…

A best-selling Amazon books can bring you a lot of long-term benefits. But a lot of people write books and just toss them out there, expecting they’ll sell well. Then they’re disappointed when they barely get any sales.

You can prevent this by following the strategy I’ve laid out here.

To recap, here’s the launch strategy for a best-selling Amazon book:

Have you ever thought of writing your own book? What has stopped you from doing it?

Let me know in the comments below! 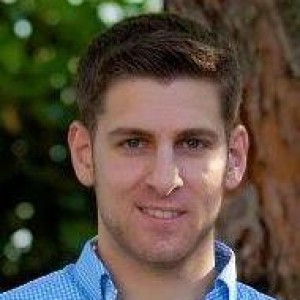